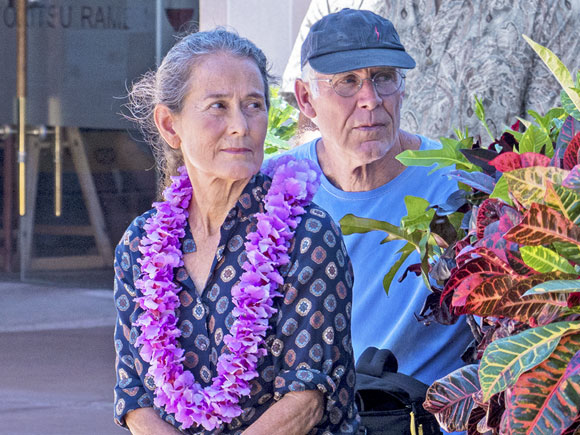 “Fire! Little Fire Ants in Hawaii”, a new documentary on the little fire ant, will air this Saturday, 6:30 pm, on KITV channel 4 and again the following Saturday, June 4th at 6:30pm

Until recently, little fire ants were limited primarily to Hawaii Island but as the infestations have grown there, so has the inevitability of their spread.

First introduced to Puna in 1999, and shortly thereafter to Kauai, these ants are one of the worst invasive species imaginable in Hawaii. They invade houses, gardens, and forests. The ants are also arboreal; they swarm up plants and trees. When disturbed, they drop off, falling onto people and animals. Unsuspecting victims are left with painful stings.

In January of 2014 little fire ants were detected on Oahu, leading to a multi-agency response resulting in containment and eradication. These tiny pests have hitchhiked to Maui and Lanai as well. Meanwhile Hawaii Island residents are faced with creating sanctuaries amidst a sea of stinging ants. Find out more on stoptheant.org

Funding and support for this video was provided in part by the Hawaii Invasive Species Council and the County of Maui – Office of Economic Development.”

Find the embedded video here: http://stoptheant.org/fire-little-fire-ants-in-hawaii/ or play the video below.